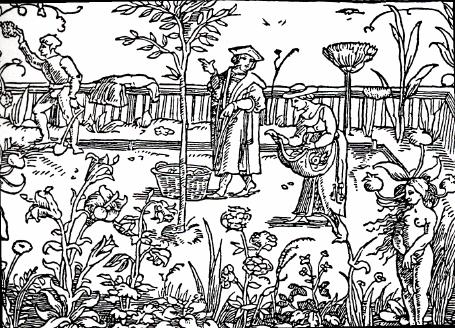 There are many stories concerning Four Thieves Vinegar and its amazing ability to repel disease carrying insects.

One version of this story takes place in France during the early 1600’s. As the plague raged thru Europe, the town of Toulouse was beset with robbers. Four famous or should I say infamous robbers, plied their trade as perfumers by day, and looters and robbers by night.

As soon as night fell, these bold robbers, without a trace of fear, walked among the dead and dying, plundering homes and businesses as the dreaded plague claimed its victims.

Eventually, they were caught and in exchange for their lives, the judge struck a deal with them. Give up the secret of their continued health, and resistance to the plague, and he would give them a full pardon.

What was this famous secret? It was a vinegar based herb preparation. The Four Thieves as they were called, doused themselves from head to toe with this mixture before entering the homes to rob them. The herbs used in this formula contain strong antibacterial agents and essential oils that repel insects. When these herbs are added to apple cider vinegar they create a potent disinfectant and insect repellent.

Although, many Four Thieves products are sold on the internet, making your own Four Thieves Vinegar is much less expensive. Buying top quality dried herbs and infusing them in apple cider vinegar, will produce a quality product that will be 100% pure Four Thieves. 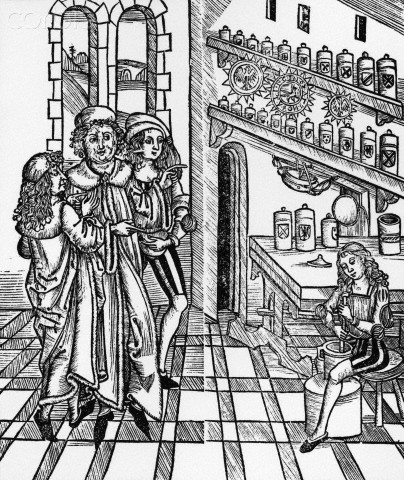 Here is the recipe for the Four Thieves Vinegar:

2 tablespoons each, dried rosemary, sage, lavender, lemon eucalyptus, peppermint, catnip. One tablespoon fresh, chopped garlic. The herb CATNIP [Nepeta Cataria] contains DEET, but all natural DEET, and not synthetic. You may double the catnip in the recipe if you wish.

In a glass quart jar, add the herbs and the garlic, and slowly pour the vinegar over them. Cap the jar, and steep the Four Thieves mixture in a cool, dark area for 30 days. Strain out the used herbs and discard. Return the liquid mixture to the jar and cap it. Store in a cool area. Properly stored, the Four Thieves will last for years. Use it to repel fleas, ticks, flies, crawling insects. Dampen a washcloth with warm water and add a little Four Thieves to the cloth. Wipe down horses, dogs, to control flies and fleas. Also good for spraying socks and pants when outdoors or camping. Fill a spray bottle with 1/2 cup of the Four Thieves mixture, add 2 cups of water, shake well, and spray on your arms and legs to repel biting insects.

As our climate changes and parts of the world become warmer, it creates a longer breeding season for disease insects. Listed below are some insect borne diseases.

Preliminary estimates released by the Centers for Disease Control indicate that the number of Americans diagnosed with Lyme disease each year is around 300,000. Each year, more than 30,000 cases of Lyme disease are reported to CDC, making it the most commonly reported tick-borne illness in the United States.

Check out the Etsy store for dried herb ingredients for making the 4 Thieves Vinegar. You will not find a better quality blend or price anywhere else on the internet. 4 Thieves Herbs are always in stock and available for immediate shipping.